The Many Layers of Grief: Losing a Sibling 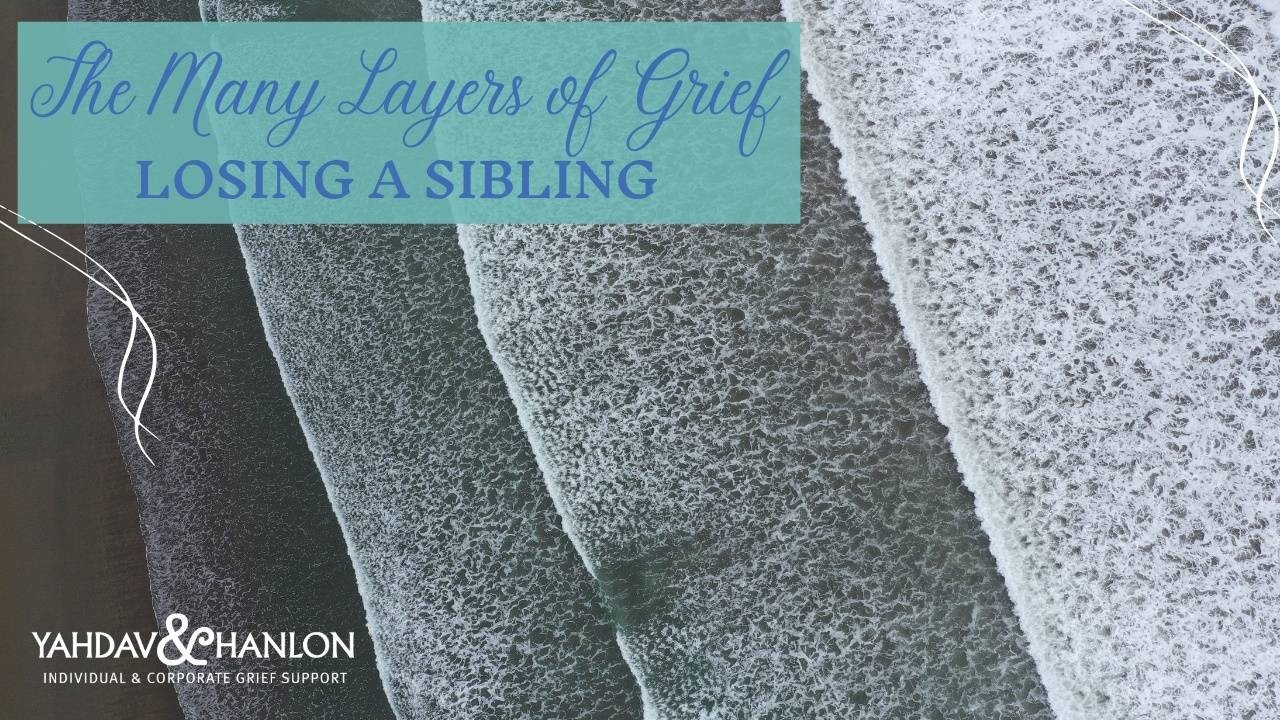 Content warning: This post mentions loss by drug overdose, as well as the raw emotions from when I found out about my brother’s death.

When I think of the layers of loss I experienced when my brother died, there is a visceral feeling of the different parts of me that felt injured - death-by-a-thousand-papercuts-style. And the “funny” thing is, is that while the death of my brother is what I consider to be the most intense loss I have ever experienced, in a way it was a layer to another loss.

Over the few years prior to his death, I had also grieved the deaths of my grandma, my nana, my poppa, my childhood dog, and a childhood friend; as well as a major romantic breakup, and two significant injuries which each left me temporarily disabled. My heart already felt raw and vulnerable. I grieved for what felt like a fragmenting family as the older generation was mostly gone and family traditions shifted as a result. I grieved for my parents as they had lost their parents.

And so when Steven died and my birth family of four became a family of three - it felt like a wrecking ball came through an already fragile structure of my family.

Additionally, I was 25 and already in a state of figuring out what I wanted in life. I had found a graduate school program that would kick off a career change out of biotech and into health education. I was in love and wanting to get engaged to my then-boyfriend-now-husband. Even as I grieved my grandparents, I also was in an exciting time (albeit also stressful) as I weighed the options and what all that change meant. The anticipated changes were welcomed but scary at the same time.

When my parents came to my apartment to tell me Steven had died - I felt absolutely gutted.

I did not quit all the things. A voice inside told me that I was so vulnerable that more change would be more detrimental to me.

So I stayed with the job, my boyfriend (now husband!), grad school plans, my apartment (until a few months later when I followed through on preexisting plans to move in with said boyfriend), and, well, I guess I didn’t have too many options about the adulthood piece.

We grieve more than the loss itself.

In the coming weeks I experienced more layers of loss:

Grief for unmet hopes and dreams.

Fast forward a few years, and new ripples of my grief for Steven were still coming.

And there are the positives in my life that maybe would not have happened.

Would I have built this career in grief support? Likely not.

Would I have met colleagues who have turned into dear friends?

Would I have learned the tools to navigate grief as I have now? Maybe.

There are so many layers of grief to any one loss. Grief is cumulative and cumulatively negative. Without tools, the stress of grief can build up, and like a kettle with a cork in it - threaten to explode.

We can hold grief and joy at the same time.

I miss Steven like nothing else. I feel him, and my heart can hear the advice he would give me as I navigate life’s ups, downs, and turnarounds. One more layer of grief I had was I feared I would lose my memories and I hated that thoughts of Steven always turned to relive the trauma.

I cried with joy when I reclaimed those happy memories when I finally validated these layers of grief and found more tools for how to carry my grief forward while saying goodbye to the pain of all that had felt unresolved in my relationship with Steven.

I was able to name and voice the regrets, the unmet dreams, the appreciation, the forgiveness, and the apologies I had for Steven and thus silence their deafening refrain in my heart. In turn, my heart reopened to joy, and began to feel whole again.

Never the same, but no longer so beaten up.

It is so healing to give space for grief - each layer of it. We hope you find the courage to do the same. It may hurt to speak to our grief, but trust me - it hurts so much more to try and swallow it or pretend the pain isn’t there. Furthermore, unresolved grief continues to have ripple effects - as if your grief is a boat and your heart keeps rocking it until you finally pay attention to those ripples.

We wish you a life that carries grief while also making room for new memories, hope for the future, and the capacity for joy both at the moment but also when you look back. We know it is possible as we have done it. Please reach out to learn more about how.

Note: Did you find this helpful to read about the layers of loss? You may also want to check out what Ilana shared about The Many Layers of Grief: Losing a Parent.

Sign up for our newsletter to receive blog posts and Yahdav & Hanlon updates straight to your inbox.

Do you have a reflection or comment on one of our blogs?